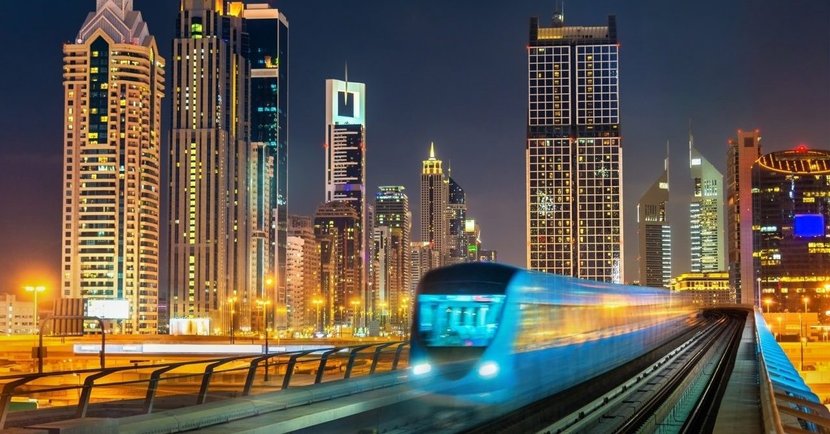 Dubai Metro is extending every year since it’s launch in 2009. Moving around the city with Dubai metro is pretty simple and affordable. Here is the ultimate guide about Dubai Metro for tourists and public transport users.

Since it is such an essential aspect of living in Dubai. All UAE Tours brings to you an entire guide of the metro train in Dubai. In this guide, you will know all the information on the timings, ticket prices and list the metro stations in Dubai to help you choose the right decision when traveling through Dubai using the metro.

Two lines of the metro have been constructed and another new one will be open in May 2020.

In Route 2020 15 km extension added to Dubai Metro. It will be from Nakheel Harbour and Tower Metro Station to the Expo 2020 site.

The metro in Dubai is operational overall the week. The Dubai Metro working hours are a little bit different for the Red Line and Green Line.

There are three metro cabins accessible to travelers of the Metro:

PARKING AT THE DUBAI METRO

If you have your own transport but still want to use the Dubai Metro. Then there are 3 metro stations that offer car parking.

DUBAI METRO RULES: WHAT TO AVOID WHEN TRAVELLING

All of the public transportation in Dubai are monitored and follow strict rules and regulations. Here are a few things to keep in mind when traveling by trains in Dubai

FAQS ABOUT THE METRO IN DUBAI

Here are some of the frequently asked questions about the subway in Dubai. The Dubai Metro is one of the most popular public transportation systems in Dubai.

WHEN IS THE LAST TRAIN FOR THE DUBAI METRO?

You can easily find out the timings for the last train of each station by checking the RTA Metro Timetable.

WHEN DOES THE METRO OPEN ON FRIDAY?

WHICH METRO STATION IS NEAR DUBAI AIRPORT?

IS THERE DUBAI METRO APP?

S’hail, Wojhati and Public Transport are the approved RTA apps you can use to plan your journey on the metro in Dubai.

WHICH METRO STATIONS ARE NEAR MALLS IN DUBAI?

Most popular malls in Dubai are located near the metro. Those include:
Deira City Center
Al Ghurair (Union)
Burjuman
The Dubai Mall
Dubai Marina Mall (via the Tram)
Mall of the Emirates
Ibn Batutta

That concludes this guide to the metro train in Dubai. If you are looking for a more easy way to get around the city.